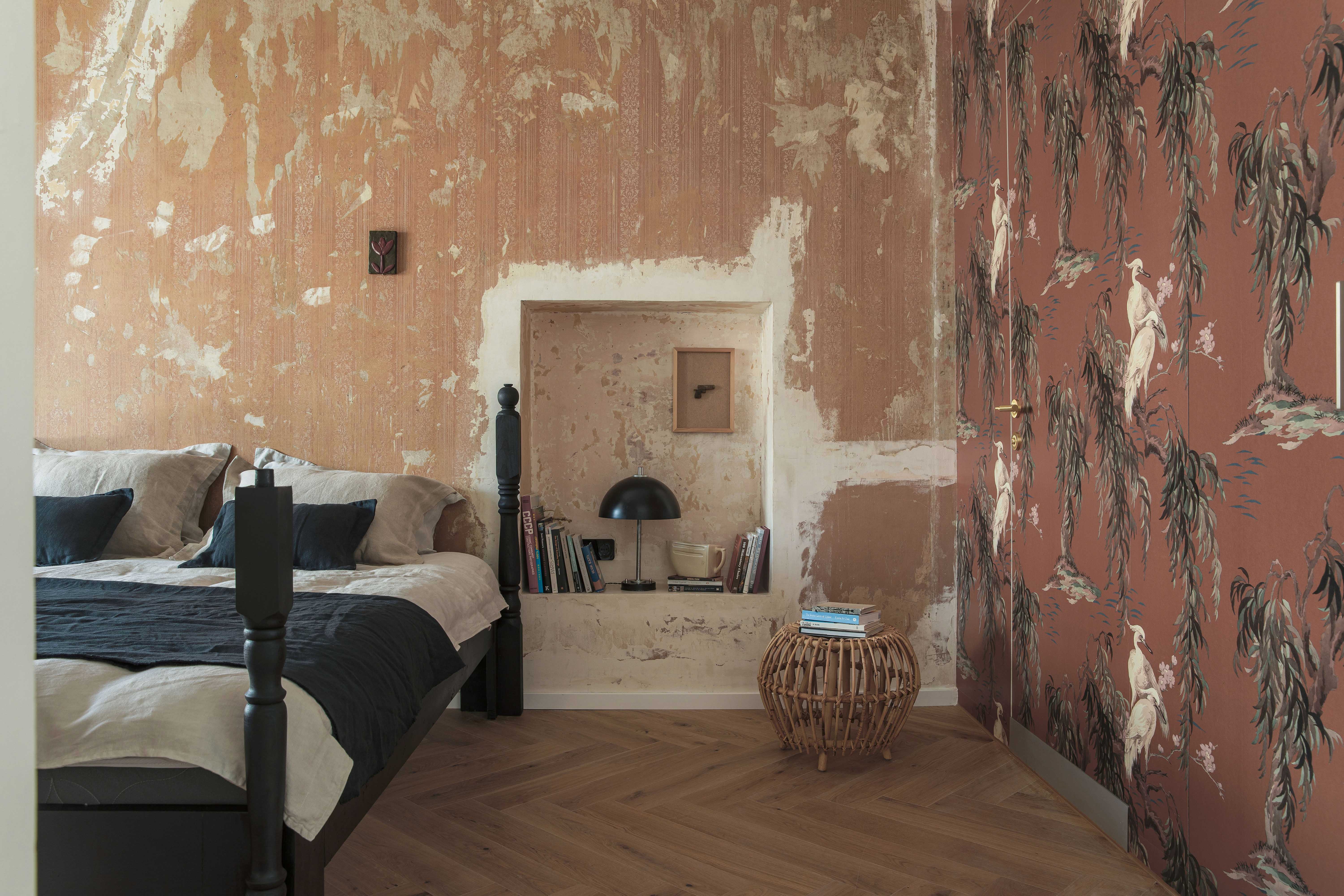 The Iashvili Apartment is located in Sololaki, an historic part of Tbilisi in a building dating from   the early 20th century which once belonged to the French Consulate. In Soviet times it was converted into multi-apartments, although the original façade was retained. The main changes were to the interior.

Inspired by 20th century Tbilisi, ‘Iashvili Apartment’ is a modern continuation of the character of this century-old building. It echoes the aesthetics of the building and the new interior connects the old with the comforts of modern living. Authentic, floral decorated balconies offer a view of Mtatsminda mountain, which adds to the character of this historical district of Tbilisi.

During the renovation the apartment returned to its original plan. Interior wooden shutters were repaired along with the bedroom door and the decorative cornice on the ceiling. A kitchen, dining room and living room were designed as one open space, where several activities can take place simultaneously and allow for shared experiences.

The walls are painted white to intensify the abundant light in this high-ceilinged apartment. Kitchen, cupboards and wardrobes are fully integrated with the walls to limit the formation of extra surfaces. The master bedroom and its bathroom are the only rooms in the apartment that are not white. In the process of restoration, the strong color and texture of the original wallpaper inspired a different idea. In particular, the orange, faded texture of the old walls was balanced with the wallpaper from the House of Hackney which covers the dividing wall to the bathroom. It has been designed so that the contour of the bathroom and wardrobe doors is almost invisible, which ensured the spatial unity of the room.

The interior uses furniture designed by Idaaf architects: ELEMENT Dining Table and PIALA Coffee Table in the common area; DROP Side Table in the master bedroom and wall lamp DAL in the guest bedroom. 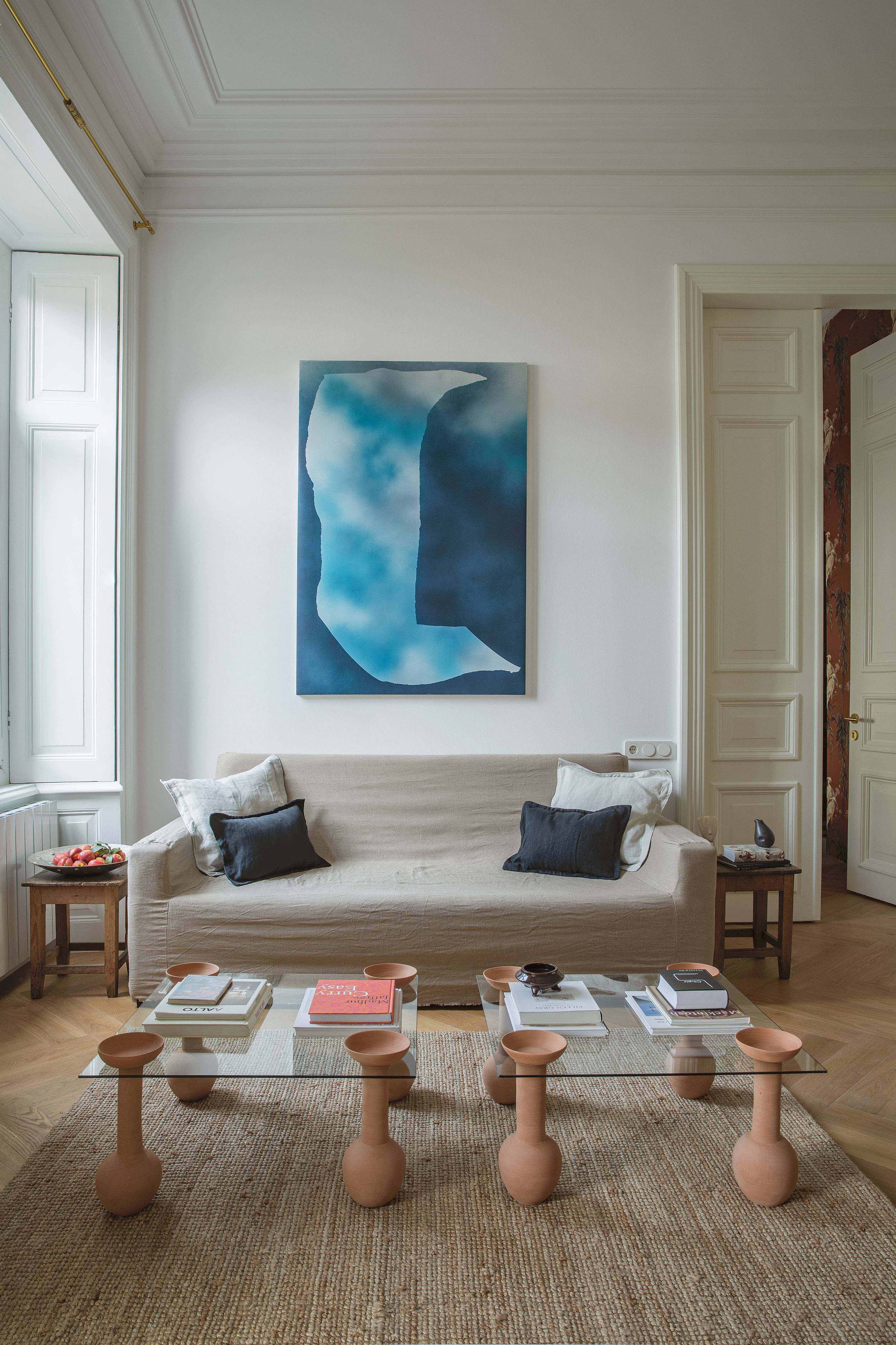