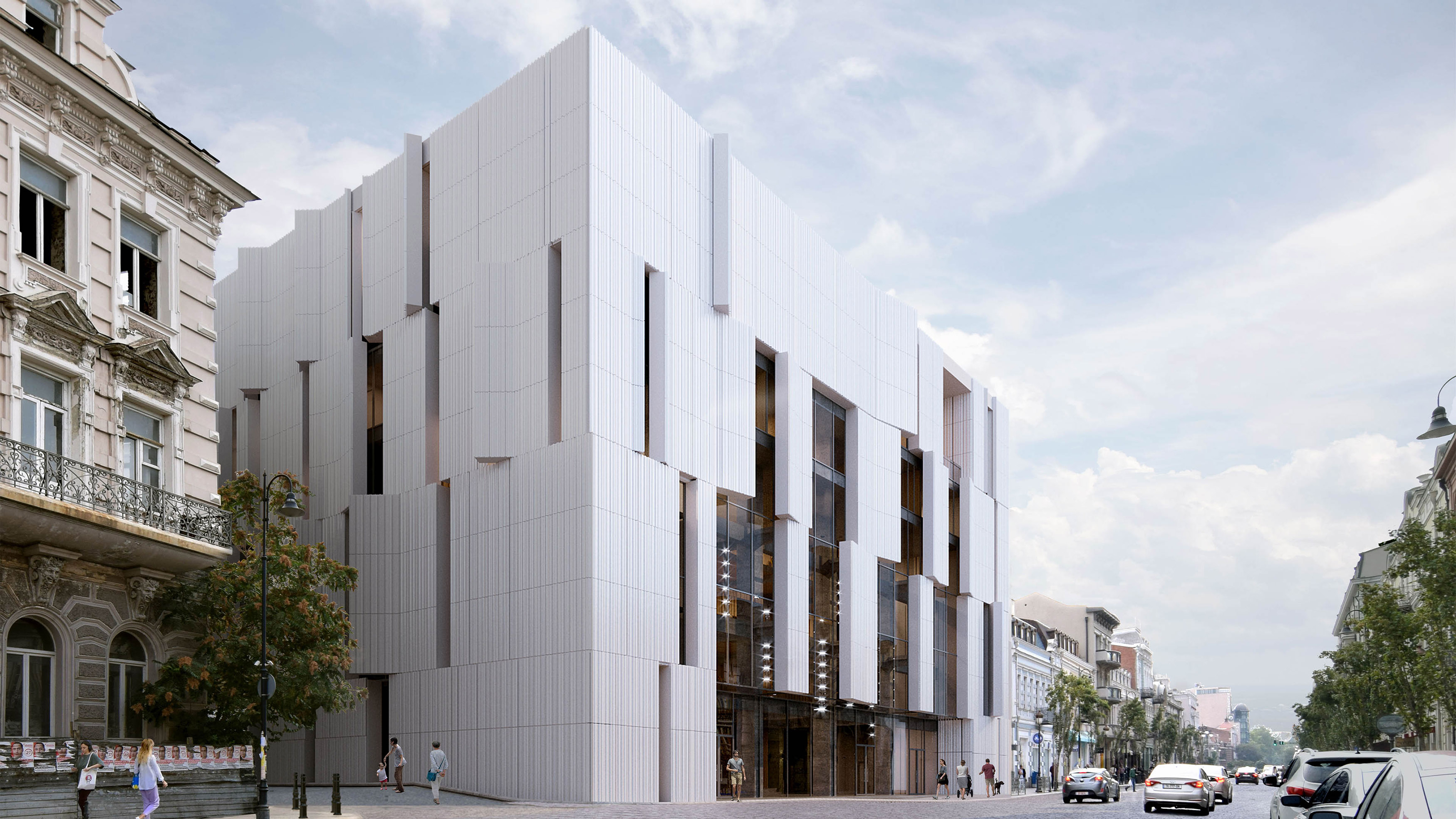 Agmashenebeli Avenue is the main axis of the left bank of Tbilisi, the appearance of which was formed in the XIX-XX century.The current facade of the Theater is the result of the 2008-2013 rehabilitation, during which its authentic Soviet architecture was replaced by a pseudo-classical style façade.

The new architectural and interior design project for New Generation Theater fully corresponds to the requirements of modern theater and safety standards. The architectural composition of the façade is white glazed terracotta panels with airy glass inserts, from which magic landscapes of Tbilisi is seen;

(in collaboration with Saxon Management Services) 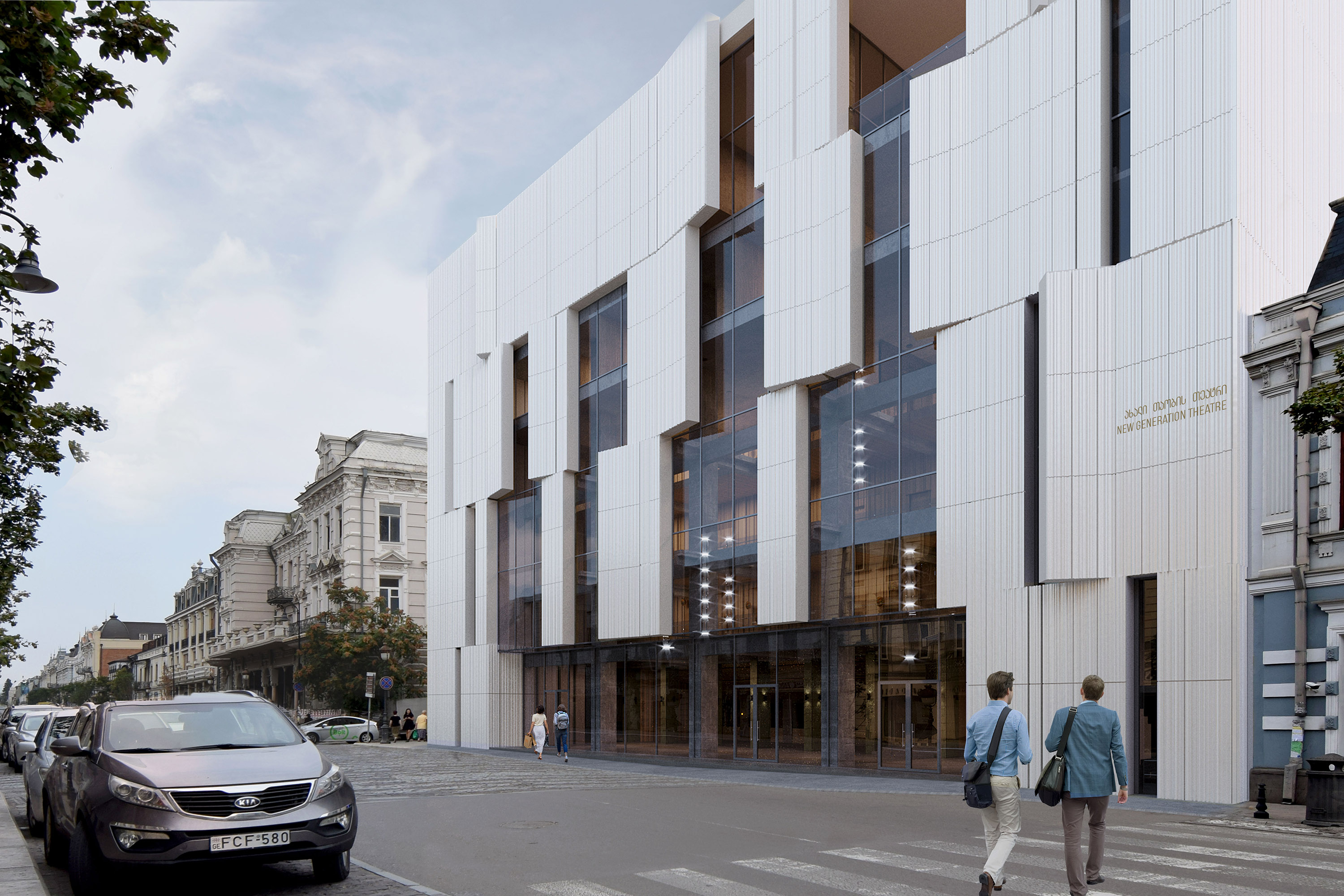